Tegan Nox Dines With The Gargano's

Roderick Strong defeated Killian Dain in a Singles Match earning 20 points. Drake Maverick joined the fray to get Bobby Fish and Strong off of Dain after the match! Gets a punch in the face for his trouble.

Rhea Ripley earned Fade To Black points to close out this episode of NXT. 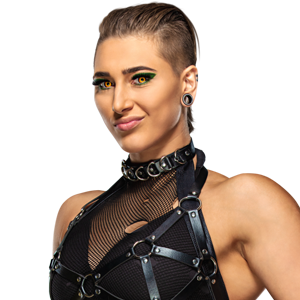